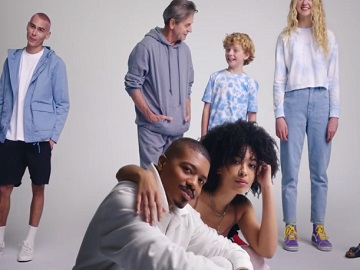 Gap has released its GAP Individuals of Style Campaign, featuring GENERATION GOOD, a collective of unique individuals taking action as forces for good.

The anthem commercial is set to debut on national television and digitally on March 8, 2021.

Serving as soundtrack is Michael Kiwanuka’s single “You Ain’t the Problem”.