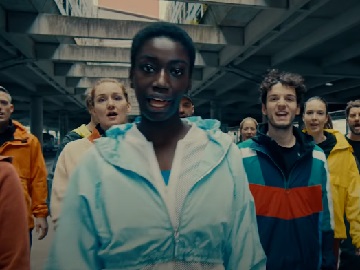 Freeletics has launched a new brand campaign aimed at inspiring people to “Never Settle” and to find their reason to start.

The spot, directed by Great Guns’ Federico Mazzarisi, features a diverse cast of males and females doing various workouts with the Freeletics app, in various places, such as the gym, the park, the living room, and even a rooftop, and singing a reinterpretation of Britney Spears’ “Oops! … I Did It Again”, a song that empowers users to do it again and again while having fun at the same time.

The version used in the ad is “Oops!… I Did It Again (Interpolation)” by Roger Rekless, Ningustorm, and Iamdamsick.

Created in-house by Freeletics and produced together with the Munich-based film production company oki films, the brand’s “Never Settle” campaign delivers the message “Find your reason to start. Lose your reasons to stop”.

“For us, this campaign is a milestone in the way we are promoting our brand to the outside world and positioning ourselves in the environment of international big players'”, says Sandra Fenyo, Head of Brand & Creative at Freeletics. “Never Settle is at the same time an invitation to our users not to simply be satisfied, and a brand promise that Freeletics will never stop striving for the best solution for users.”