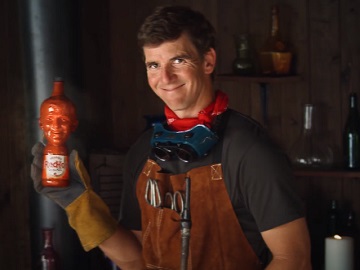 The spot features the retired New York Giants QB using the brand’s sauce in different ways, such as for watering plants, to catch fish, and more. “Since retirement, I’ve been trying new things with Frank’s RedHot,” he saying in the opening of the ad, describing the sauce as “the perfect blend of flavor and heat” and “great on all the recipes” he has mastered.

The end of the commercial sees Manning standing near a table filled with lots of meals and concluding that he has too much free time. He also says in voiceover the tagline “I put that $#!t on everything”.

Manning is no stranger to advertising. He has been promoting several products since retiring from the Giants last year, and has appeared in ads for DirectTV, SportsCenter, and the NFL.