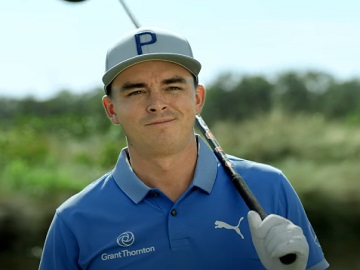 The spot features Fowler demonstrating what it would be like if your tee shots helped your golf game. The video follows a ball as it begins to go by itself (after initially stopping) across the course until it reaches its final destination: the cup.

“Farmers Policy Perks. If only your golf game had them.” an onscreen line reads at the end of the commercial.

The insurance company has promoted its Policy Perks in several others ads over the time, focusing on specific perks, such as Declining Deductibles, which let you get $50 toward your home deductible every year you’re a Farmers customer, and Accident Forgiveness, which means that your rates won’t go up just because of an accident.