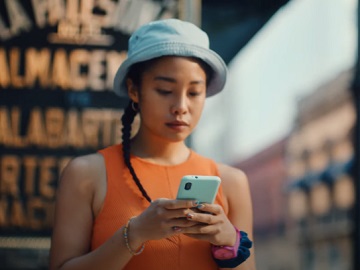 Facebook continues to promote its groups in a new commercial, dedicated to the Women Helping Women Entrepreneurs.

The spot opens with a young woman asking for tips on how to grow her dog walking business. Implementing some of those tips, received from a diverse cast of women who took their time to help her, she manages to do that.

“Take on anything with Facebook Groups” an onscreen line reads at the end of the video.

The song used in the ad is the single “Catch Me on the Fly” by two piece heavy blues rock and roll band The Graveltones, from their 2013 album “Don’t Wait Down”. The track is available for purchase on Amazon for $0.99.

The social network has promotes several other groups over the past years, including the I AM BEAUTIFUL Facebook Group, International Kazoo Players Association, a group where kazoo players from around the world can share the joy of the kazoo, the Military Mama Network, and more.