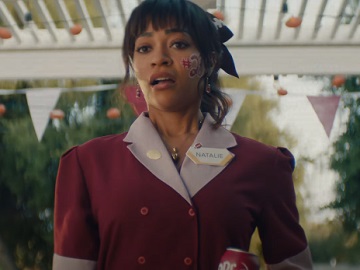 The trailer opens with football legend Theisman trying to say something about these “unprecedented times” and being taken down by a football fanatic who shouts that football is back. The voiceover announces that Fansville is back and the town’s sheriff, played by Brian Bosworth, is shown having a phone conversation in which he find out that college athletes can be in commercials now. As he turns on the TV he sees DJ Uiagalelei in a Dr Pepper commercial, saying that Dr Pepper is the one DJ deserves.

Viewers are then urged to get out their gear, slip on their finest foam finger, brace themselves for more drama, polish their grills, pull out their special pom-poms, put Dr Peppers on ice and get ready for Fansville’s return to glory.

The trailer also raises some questions, such as “Will Jay and Natalie cross the goal line as one?”, announces that this year the fans are back, and ends with the tagline “The one fans deserve”.