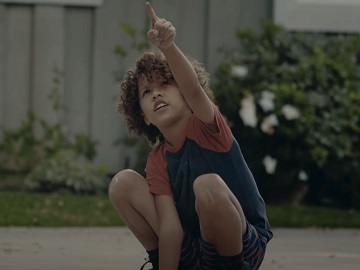 Doritos has dropped a new teaser for its Super Bowl 2021 commercial, revealing that it will feature Matthew McConaughey.

The spot features two young boys playing with toys and chalk in their driveway, supervised by their mother. At some point, a dog passes by and he’s apparently flying a kite that looks like Matthew McConaughey, judging by the kids’ questions, which prompt their mom to look up, too.

The teaser, released with the #FlatMatthew hashtag, urges viewers to stay tuned on February 7.

The brand will promote its Doritos 3D range, consisting of Doritos Jacked 3D Jalapeno Pepper Jack, Doritos 3D Crunch Chili Cheese Nacho, and Doritos 3D Crunch Spicy Ranch, in its commercial for the Big Game, which will be taking place on February 7, in Tampa, Florida, and will air on CBS.