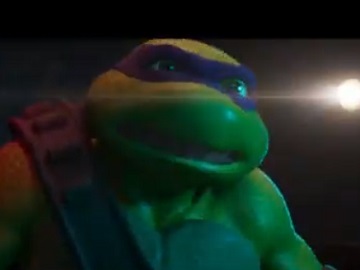 Direct Line, one of the UK’s leading insurers that provide insurance for motor, home, pet, travel, life, cycling, landlord, business, and more, has released a new advert to promote its services.

The spot features two colleagues meeting on a Monday morning on their way to work and talking about what they did that weekend. The man says he compared a bunch of car insurance deals but then went to Direct Line and got an even better deal. As the commercial ends, it turns out the ninja turtles have been listening to their conversation. They are surprised to hear that “those guys aren’t dead” and realize, with frustration, that Direct Line are always going to beat them. On top of that, their monitors are filled with the text “COME DIRECT. You could save up to £300”.

The ad, which specifies that, according to a research conducted in August 2021 by Consumer Intelligence Ltd, 20% of consumers could save up to £300 compared to going direct to other brands, ends with the company’s tagline, “We’re on it”, flashing across the screen.

This is not the first time a ninja turtle is featured in a Direct Line advert. Last year, one of the ads showed Donatello being outheroed by Direct Line when an emergency occured for a family. The OutHeroed campaign has also featured Bumblebee and Robocop.