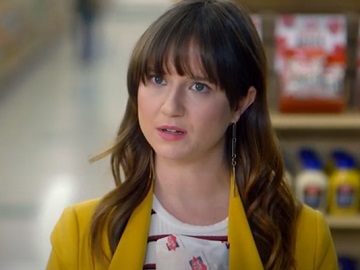 Dietz & Watson invites people to step into Craig’s Corner, where Craig Robinson can help you build the perfect sandwich, in its latest campaign, created by its agency of record, Tettemer O’Connell + Partners (RTO+P).

One of the two main spots included in the campaign features the comedian and The Office alumnus behind the deli counter, preparing a sandwich for a shopper named Susan, assuring her that his recommendation will take her sandwich to the next level. He’s also drawing on fun puns like: “Ham, girl. It’s amazing!” and, eventually, wins her over with the all-important advice to trust the sandwich.

At the end of the commercial, the voiceover urges consumers in a hurry to look for the grab-and-go packs in the deli and adds the brand’s tagline, “It’s a family thing,” while on the screen someone’s hand is shown grabbing a gourmet chicken sandwich.

This is not the first time Robinson worked with Dietz & Watson and RTO+P. The comedian first collaborated with the chain for its 2019 campaign to launch Dietz Nuts, the first ever “meats nuts” snack, in tandem with that year’s Super Bowl.