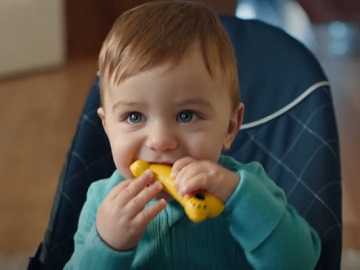 “Parenting is not an exact science… but supporting healthy immune and digestive systems can be with the LGG strain of probiotics found in Culturelle,” this is the idea behind Culturelle’s 2020 ad campaign, which marks the first work for the brand from independent advertising agency Terri & Sandy.

One of the spots features a dad struggling to work from home, who thinks his dog, Sparky, plays with his toy and makes noise, but he comes to realize that it’s actually his toddler chewing on it.

“Parenting isn’t an exact science. Supporting their immune system is with Culturelle’s probiotics. Scientifically proven to help keep immune systems strong,” the voiceover says at the end of the commercial.

Another ad features a woman in her bathroom, trying to multi-task before a client meeting, which leads to her smartphone slipping in the toilet.

Culturelle’s range of products covers the needs of infants, children and adults alike, all featured across the campaign, which includes television, print and a broad array of social assets.