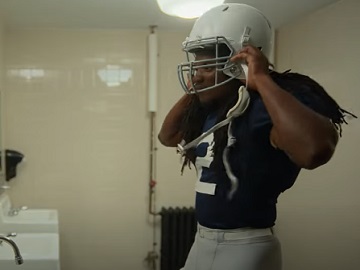 Cricket has released a new commercial, highlighting that the company is a proud supporter of HBCUs and gives its customers the feeling of always winning.

“When you’re part of something bigger than yourself, it feels like all you ever do is win, win, win. And when that something is an HBCU, you know you can’t help but win. So, as proud supporters of HBCUs programs, we just can’t lose,” the voiceover says on the 30-second ad, which features a diverse cast of soccer players and dancers.

A final onscreen line informs that Cricket has been proud to support HBCU programs since 2018.

The soundtrack music is DJ Khaled’s 2010 single “All I Do Is Win”, which features American singer T-Pain and American rappers Ludacris, Snoop Dogg and Rick Ross. Included on Khaled’s fourth studio album, “Victory” the song is available for purchase on Amazon for $1.29.

Cricket is also hoping to drum up greater support and awareness of HBCU music programs during Black Music Month with its new social campaign, “Endless Sound”. The carrier is donating $3,000 to the music programs at each of the eight HBCU schools competing in the National Battle of the Bands in August and is also encouraging others to show their support for these eight schools by making a donation to the HBCU Band Together scholarship fund.