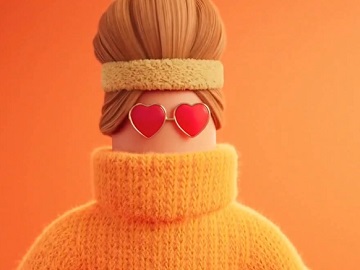 The Hershey Company has released a new ad to promote its COLLIDERS Desserts, a new line of refrigerated desserts that can be eaten with a spoon.

The animated spot features a young man who makes heart eyes when he spots the sweet treat and introduces the COLLIDERS, “your favorite candy flavors twisted, chopped or layered into cool creamy desserts that are made to spoon”.

The song playing in the background is the 2018 single “Like Sugar” by Chaka Khan, aka Queen of Funk, from her 12th LP, “Hello Happiness,” released in 2019, which marked her first album since 2007’s “Funk This”.

COLLIDERS desserts are available near the refrigerated pudding section at retailers nationwide.