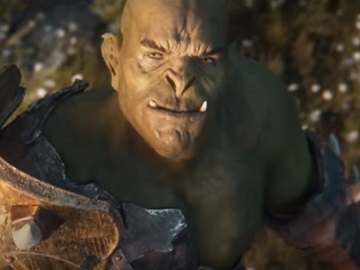 Coca-Cola is inviting people from across the world to celebrate the real magic humanity in its latest commercial.

The spot, titled “One Coke Away From Each Other” and part of the brand’s new “Real Magic” platform, has been developed in partnership with advertising agency BETC London, Colors Paris production company, film director Daniel Wolfe and gaming and CGI specialist production partner Mathematic, and is described as “an epic tale at the crossroads of worlds where a fearless warrior and a young gamer will pave the way to a new dawn, change the course of history… and unveil the true meaning of Real Magic”.

The ad features three well-known gamers: DJ Alan Walker, Team Liquid’s Aerial Powers and Average Jonas and hidden 25 codes. Consumers who find the codes as part of the code hunt, which will be available in select markets, beginning October 11, will have the chance to win prizes, including gameplay sessions with celebrity gamers.

“Real Magic” is about creating a movement to choose a more human way of doing things by embracing our unique perspectives,” Manolo Arroyo, Chief Marketing Officer, The Coca-Cola Company, said in a press statement.