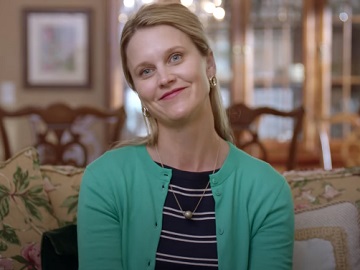 One of the spots features Sharon, a woman who can’t believe how many times she gets called “Karen”. She believes it is by mistake and tells everyone that her name is actually Sharon. However, juxtaposed footage reveals the reason why she gets called by this name. Her husband, Don, who is the target of her rage quite often, also makes an appearance. He explains that everything changed when he decided to gift his wife a set of Chirp Wheels. The positive reviews, which mentioned that, after using the Chirp Wheel, you become a brand new person, motivated him to try it with Sharon, whose rage actually melted away as she stretched on the wheel.

Despite his good intention and inspired gift, Don ends up in trouble again when he accidentally mentions how Sharon used to be such as “Karen”.