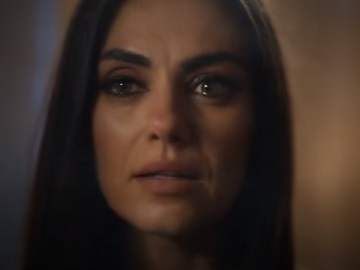 After the teaser featuring Ashton Kutcher, in which he’s shown opening an envelope containing a set of mysterious black-and-white photographs and an empty bag of Cheetos’ new Crunch Pop Mix, Cheetos has dropped a new teaser for its Super Bowl LV commercial and it features Mila Kunis.

The ad shows the 38-year-old actress and Kutcher’s wife apparently talking to someone, almost breaking down in tears, asking them “What exactly are you insinuating? You think that I would do that to you, to go behind your back after everything that we’ve been through? I can’t even look at you!”.

However, it soon turns out that she was actually practicing a monologue in the mirror, with Shaggy as her “coach”. “Ugh, too much?” she asks him. The latter, unimpressed with her acting skills, instructs her to just stick to the line he had given her. As she turns back for another round of practice, Shaggy’s hit “It Wasn’t Me” begins playing.

Super Bowl 55 will be played on February 7 in Tampa, Fla., and will air on CBS.