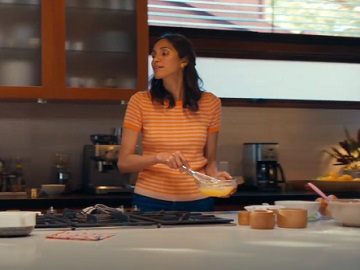 Chase Bank has released a new ad for its Sapphire Preferred credit card, highlighting that you earn 2x points at grocery stores.

The spot opens with a young man who gets outside to pick up with groceries online order and going inside, in the kitchen, where his girlfriend is waiting for him, to cook together.

“With 2x total points at grocery stores, your same kitchen can come with more cuisines,” the voiceover says at the end of the commercial, which also informs that this offer is valid up to $1,000 in grocery store purchases per month from November 1, 2020 to April 30, 2021.

With Chase Sapphire Preferred credit card, members also earn 2x points on dining including eligible delivery services, takeout and dining out, and travel, and 1 point per dollar spent on all other purchases.