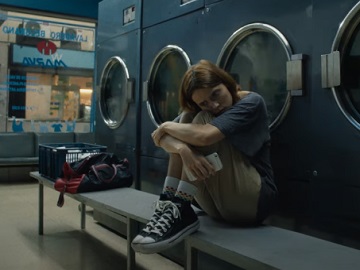 Burger King has launched a new ad for its Impossible Whopper, which is a Whopper made without beef that tastes just like a Whopper.

The spot, from agency David Madrid, features a diverse cast of people who are confused about all kinds of things in these “confusing times”. A man named Joe wonders if what he does is “working from home” or “living in work”, Ema has discovered that she likes dating Mark’s profile more than she likes dating Mark, Esteban, who took an online violin master class, acknowledges that he’s not anywhere near on becoming a master, Dustin ordered a book on climate change, but it’s shipped from England, by plane, wrapped in plastic, and now is confused, Jason stumbles into a real-life conversation and he can’t mute, turn off his camera or pee while he listens, Judi wants to go at the office but she also needs to work in pajamas, Simon and Sarah, who had a baby and now are being asked by everyone when the next one is coming, are confused because they don’t understand what’s wrong with the one they have.

“These are confusing times. Which is about the right time to have the Burger King Impossible Whopper, a Whopper made without beef that tastes just like… a Whopper,” the voiceover says at the end of the commercial, which also sees a woman eating an Impossible Whopper in an empty parking lot at night.