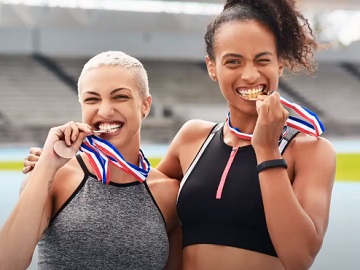 Burger King promotes its Whopper Medals in a new ad, inviting fans to post photos of athletes biting their medals for a chance to win a free Whopper.

“Have you ever wondered why athletes always bite their medals?” an onscreen line reads in the opening of the 30-second spot. “Cause they wish it was a Whopper” comes the answer.

The video goes on by informing that, “this time, during the games, you won’t envy the athletes. They will envy you. Cause each time they’ll bite a medal, you will bite a free Whopper”.

Fans are encouraged to screenshot the athlete’s bite as soon as they catch one live and post it on the Burger King wall with #WishItWasAWhopper. The next thing they’ll do is bite a free Whopper.

“Better than gold, no?” an onscreen line reads at the end of the commercial.