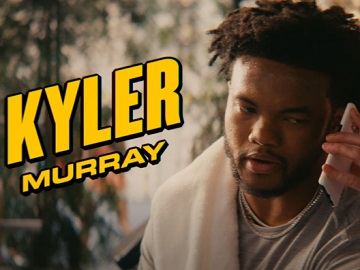 Buffalo Wild Wings has released a new commercial to mark the launch of its “Greatest of All Times” campaign, which is all about bringing that camaraderie to life”.

Created by The Martin Agency, the spot opens with Arizona Cardinals QB Kyler Murray losing his phone after a visit to a Buffalo Wild Wings bar. The device is found by a group of friends known only as “The Crew”, who try to return it to Kyler. However, their attempt includes a meet-up with Los Angeles Sparks forward Chiney Ogwumike and a party with Buffalo Bills QB Josh Allen, before they finally arrive back at Buffalo Wild Wings where they have the Greatest of All Times together.

The commercial will debut on Thursday, September 2, during that evening’s primetime college football game between Ohio State and Minnesota on FOX.

“The start of football season is not only one of the most anticipated times of year for sports fans, it’s also an exciting time for Buffalo Wild Wings sports bars across the country. Kickoff means getting together with your crew to watch the game, feasting on great food and making unforgettable memories together,” said Rita Patel, Chief Marketing Officer, Buffalo Wild Wings, in a press statement.

As the teams from Minneapolis and Columbus take the field on Thursday, September 2, fans at the Buffalo Wild Wings sports bars nearest to their school’s football stadium will be steeped in a head-to-head competition, where they will compete against one another in various challenges to determine who really had the Greatest of All Times.