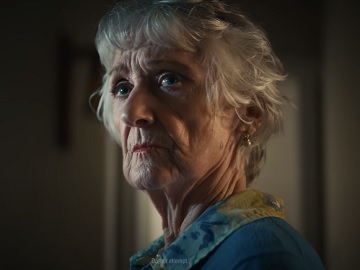 The spot features two friends at a house party, talking about the new New Bud Light Seltzer Lemonade. When one of them says that the drink is packed with flavor, the other shares his honest opinion, revealing that it has more flavor than his grandma’s lemonade. Unfortunately for him, his grandma heard his statement and was not too happy about that. She also found a way to “punish” him for what he had declared: sticking a knitting needle into his tire.

At the end of the 15-second commercial the Bud Light Seltzer Lemonade range, including Original, Black Cherry, Strawberry, and Peach, is showcased.

The beer brand, which released an alcoholic seltzer last year, is launching hard seltzer lemonades this month, on January 18. The 12-ounce cans will be available in packs of 12 with all four flavors: original lemonade, peach lemonade, black cherry lemonade and strawberry lemonade.

There will also be other commercials playing off the idea that grandma’s lemonade tastes the best, with actors saying the hard seltzer tastes better and sparking thus some retaliation from grandmothers. The ads will be airing during the NFL playoffs, which start Saturday.