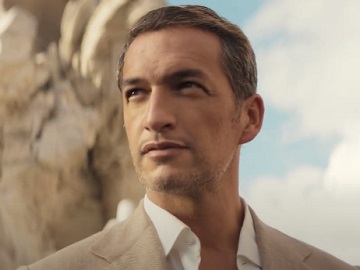 Brioni has revealed its new Eau de Parfum, described as “the ultimate signature of effortless Roman chic, championing ease as the ultimate sophistication, the scent of a modern legend”.

The spot was filmed in Rome, Italy, and showcases some of the city’s attraction points while onscreen lines read “Legends are fascinating. Legends are forever. Legends are original. Tailor your legend”.

Serving as soundtrack is the 2019 single “Overdrive” by LA-based singer-songwriter Will Champlin, from his “Chasing Fire” album. The song is available for purchase on Amazon for $0.99.

The Brioni Eau de Parfum, featuring notes of soft powdery violet, cool pink peppercorn, smooth tonka bean and warm cedarwood, comes in a bottle made of navy blue Italian glass, which is inspired by the House’s iconic suit and is enriched by a satin label with golden cross-stitching details and a magnetic cap with our iconic B-logo.

In a previous commercial, which starred House ambassador Brad Pitt, the fashion house showcased its “Vagabond” overshirt in double splittable cashmere and the feather-light silk blouson in washed silk from the Spring/Summer 2021 collection.