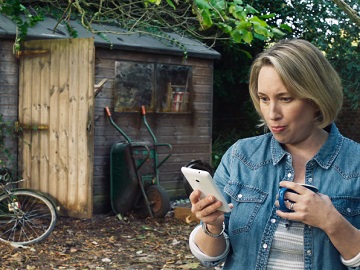 One of them, promoting features a diverse cast of people as they witness good things happening to them after using Boomin. A man who went fishing with a friend sees a quite big fish jumping into its driftnet, a man is brought a gold bar, a woman at the office has her door shut just in front of her boss, who was on her way to bring her a pile of files, and a woman’s husband finds a Van Gogh painting in the shed.

“When you use Boomin, good things happen. You can arrange house viewings any time, 24/7, and with Matchmaker you can increase the chances of living on your dream street. Because Boomin is a game changer. It’s the next generation of property site. So get Boomin”.

The adverts are narrated by Brian Cox, the star of HBO’s Succession, and air on Channel 4, ITV, as well as on other platforms, including video on demand, YouTube, social media and radio.