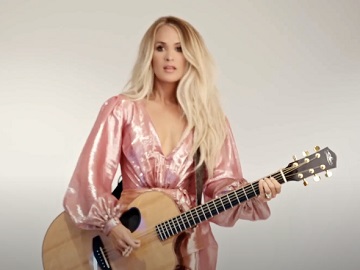 BODYARMOR has launched a new ad campaign for its SportWater, which “hydrates those who do more and give more”.

One of the spots features Carrie Underwood as she drinks BODYARMOR SportWater while working out, during her performance sessions, as well as during her autograph sessions (her latest book, Find Your Path: Honor Your Body, Fuel Your Soul, and Get Strong with the Fit52 Life, was ). “Made for the moment” and “Made for the encore” onscreen lines read throughout the 30-second ad, which highlights that BODYARMOR SportWater, with an alkaline pH 9+ and proprietary electrolyte formula, provides all-day hydration.

The “Made for More” campaign also features Donovan Mitchell.

The country singer, who signed an equity deal with BODYARMOR earlier this year, in January, which got her an undisclosed equity stake in the company, is no stranger to business and advertising. She also has an apparel line with Dick’s Sporting Goods and a fitness app.