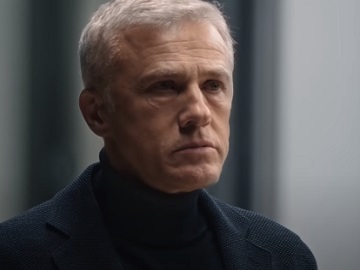 BMW urges people, in its Christmas commercial, to enjoy the holidays wherever the season takes them.

The spot features Christoph Waltz arriving at BMW’s headquarters, the Four Cylinder building in Munich, for a meeting with CEO CEO Oliver Zipse. When he finds out that he is waited at the office Christmas party, he tries to escape. He literally runs away, with a staff member wearing Santa Claus’ hat chasing him. Along the way, the he 65-year-old actor encounters familiar faces including Kai Langer, head of design at BMW, fashion designer Alexa Chung and YouTube sensation Supercar Blondie (Alex Hirschi), whom he interrupts in the parking lot while she was filming a video.

In his attempt to get away from the man with the red hat, Waltz hides near a 507 Roadster and then enters a room where it turns out the Christmas party is taking place. He meets Mr. Zipse, whom he tells that Christmas parties are not his cup of tea. Later on, he is driven home in a red BMW iX electric SUV by none other than the employee from whom he was trying to escape.

The automaker has stated that the party in the film is a fictional party and was not BMW’s Christmas party. All participants involved in the production of the video were tested for covid-19 and have followed the regional covid-19 regulations.​