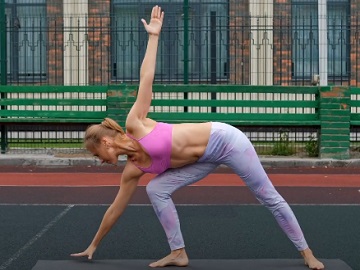 AT&T continues to promote its AT&T Fiber in a new commercial.

The spot features a young woman holding a live yoga class, but due to her network the moves are not very clear.

“You’re not a bad yogi. You might just need better internet” onscreen lines read at the end of the 15-second ad, which urges viewers to get 20x faster upload speeds than cable.

Another recent commercial for AT&T Fiber features a fan who has the chance to ask Elijah Wood, who’s in a conference call with several fans, the question they’ve been willing to ask for a long time, but loses it because of the slow upload speeds. AT&T says that, “If slow upload speeds ruin your only shot at that answer, just remember… you’re not a bad fan, you just need better internet”.

AT&T is available in select areas. Consumers are advised to check eligibility at AT&T’s website.