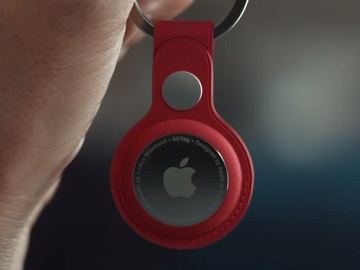 Apple has released a new ad for its AirTag device, which helps users keep track of their keys, wallet, luggage, backpack, and more, all in the Find My app.

The spot features a man who doesn’t find his keys and embarks on a journey inside his couch to find them. There he sees hundreds of coins, remote controls, snacks, and even mushrooms, as he follows the instructions on his smartphone, in the Find My app. Eventually, his quest concludes with a positive result: he finds the keys.

In order to use the AirTag you should play a sound on the built-in speaker, or say “Hey Siri, find my gym bag,” for instance. With select iPhone models, Precision Finding can lead you right to your nearby AirTag and, if it’s farther away, hundreds of millions of Apple devices in the Find My network can help track it down.