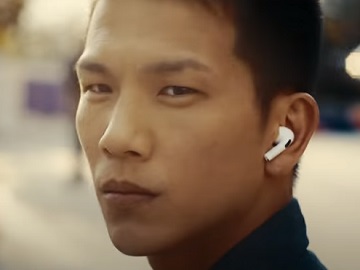 Apple has released a new ad for its AirPods Pro earbuds, highlighting the Active Noise Cancellation and Transparency features.

The spot follows an AirPod Pro user as he runs and jumps ropes through the city. Set to the song “Fallin’ Apart (Feat. Denzel Curry & Pell)” by Young Franco, the video features impressive moves, with focus on the Active Cancellation Mode, which reduces noise from the external environment.

At the end of the commercial, the tagline “Turn the world into your playground with ‌AirPods Pro‌” flashes across the screen.

Apple has released a similar ad for its second-generation model of AirPods in the past. The “Bounce” commercial also showed a man jumping down the street while wearing the AirPods.

The Californian tech giant, which introduced the AirPad Pro in 2019, will soon officially introduce its new models of AirPods.