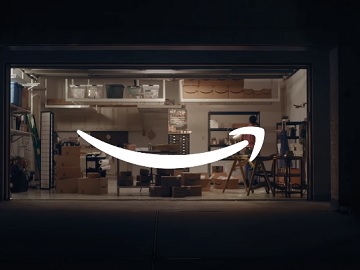 Amazon has released a new ad, which focuses on the products sold on Amazon which come from small businesses.

The spot, titled “This is big,” opens with an onscreen line informing that over half of the products sold on Amazon come from small and medium businesses, which means, over 25,000 products a minute, on average, creating an estimated 2.2 million jobs.

“That’s a big deal for small businesses like Live by Being” another line reads at the end of the 30-second ad, which features a woman preparing parcels in her garage, while in the background the song “Illiodic Shines” by Royal Flush plays.

Inspired by one women’s self-love journey to wellness & passion for the healing arts of Apothecary, Live by Being is “about infusing daily routines with intentional moments of self-care,” according to its founder, Kennedy Lowery (who is Principal Artisan).