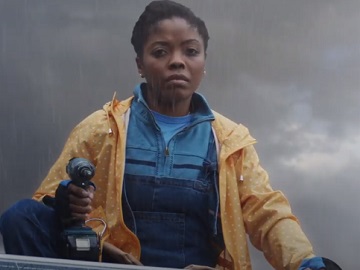 “What does helping out the planet really look like? It might be switching to electric or going solar BUT by switching to plant-based you can also eat your way to a better planet,” this is the idea behind the latest Alpro commercial, which showcases the brand’s range of milk.

The spot takes a light-hearted approach on what usually people think about what helping the planet looks like and features a man trying to plug his electric vehicle, a woman going to office by bike and dealing with quite difficult moments on the way, a woman caught by rain after installing a solar panel, a woman not knowing in which container to put an empty water bottle, a man knitting sweaters for his kids and forcing them to wear them as he doesn’t use the heater at home.

The voiceover highlights that “it (helping out the planet) also looks like this” referring to an oat milk and says that “by switching to plant-based you can eat your way to a better planet.” “We would know, we’ve been doing it since before it was cool,” he also adds, while the persons starring in the ad are shown drinking Alpro’s plant-based milk.

The brand’s range includes Oat and Almond milk, Barista Oat milk, and Plain Coconut Yogurt. These products are a source of vitamin B12, which contributes to the reduction of tiredness and fatigue. Alpro also reminds people that a varied and balanced diet and a healthy lifestyle is recommended for good health.