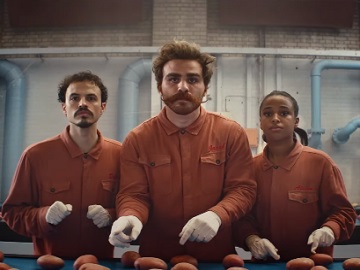 The TV spot, which carries the tagline “Make It Extraordinary,” has been directed by Nalle Sjöblad, who was a silver Cannes Lion 2021 winner, and premiered on 19th November 2021, during Coronation Street.

The multi-million-pounds “Make It Extraordinary” campaign also includes cinema, digital and social media advertising, as well as an Instagram and Tik Tok challenge with a top prize that consists of a trip to London and a special meeting with English two-star Michelin chef Michel Roux Jr at his restaurant, Le Gavroche.