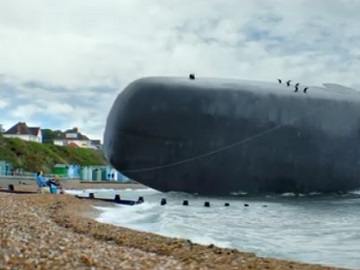 The TV spot, created by BBH and titled “Submarine,” features the crew members on a submarine as they are panicking after realizing that the submarine is being lifted. As the advert ends, it is shown the cause of the dramatic event: a young girl who went fishing with her mother caught the submarine and drags it to the surface with no effort. “She had her Weetabix,” an old man tells his fellow as they are witnessing the “capture”.

The advert also highlights the full Weetabix range including Weetabix Flavours, Crispy Minis, Protein and Weetabix On The Go.

Described by Francesca Theokli, marketing director, Weetabix Food Company, as “a fresh and consistent evolution of the award-winning and iconic “Have You Had Your Weetabix” advertising that we all know and love,” the new campaign aims, according to Theokly, to “delight the nation and our retail partners.”