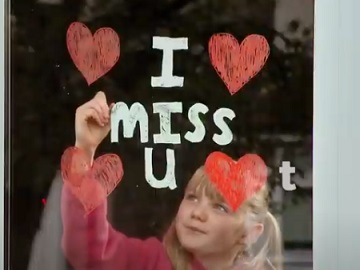 Vodafone Ireland has released a new advert to highlight the importance of connectivity during the coronavirus outbreak and not only.

The spot, filmed entirely from home, features a diverse cast at home, spending their day by doing various activities such as studying, working, cooking, training, making or playing music, spending quality time with dear ones and keeping in touch with them through phone and video calls.

“We’re at our best when we’re together. At Vodafone, we’re making sure our network is the best in Ireland so even though we’re apart, we can still all be together,” the voiceover says at the end of the advert, which is scored by “Come Together”.

The company has released similar ads in several other European markets, including Italy, where people were encouraged to donate in support of the Italian Red Cross (CRI) in the fight against Coronavirus. From 24 March until 13 April, Vodafone customers can donate €2 by sending an SMS or donate €5 or €10 euros by calling a landline number.