Home / Latest Spots / University of Phoenix Commercial: Online, But Never On Your Own 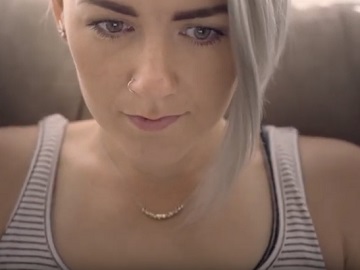 University of Phoenix highlights, in a new commercial, that its advisors provide support and encouragement in earning your degree.

The 15-second spot, entitled “Online, but never on your own,” opens with a message a young woman, who is also a mother, receives from her UOPX Academic Advisor. The latter praises the young woman for her performance and encourages her, early in the morning, before 8AM. “Wow, you aced another course! So proud. You’ve got a lot going on, but there’s no stopping you,” the advisor wrote.

As the commercial ends, it turns out the young mother studies while taking care of her baby. “Online, but never on your own” an onscreen line reads.

Last year, in a heartwarming commercial about a dragon who never learned to fly, University of Phoenix marketed itself as “a university built for the busy” and encouraged people to reach their potential and see how far their wings can take them. The education institution has also pointed out, in another ad, that its founder, John Sperling, changed the higher-education system at that time (in 1978), when it was failing working adults in pursuit of a degree, by allowing them to find a balance between work and study.

Peter Cohen, president of University of Phoenix, said in a press statement that, “When Dr. John Sperling founded University of Phoenix, he was intent on pioneering a model of education that was built especially for working adult students.” “He recognized that these students were eager to learn and develop themselves professionally, but that the academic landscape was not geared toward providing them opportunities to do so. He set out to change that, and in the process, he gave the University a mission that is even more relevant today than it was all those years ago,” Cohen also said.