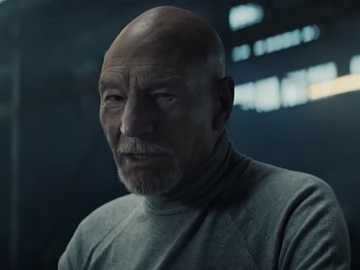 Luke Skywalker and Captain Jean-Luc Picard fight over tomatoes in an ad for UberEats.

In the commercial, Mark Hamill and Patrick Stewart are ready for a face-off in a darkened warehouse and reveal what they are going to eat tonight. Thus, Hamill (who played Luke Skywalker in “Star Wars” and holds a baseball bat) says he will be eating a veggie cheeseburger on ciabatta, with no tomatoes, and Stewart (who played Captain Jean-Luc Picard in “Star Trek” and wields a cricket bat) says he will be eating four cheese tortellini with extra tomatoes. When they are about to start the fight, with Stewart warning his opponent that his daddy is not there to save him (making a reference to Skywalker’s father, Darth Vader), their food is delivered with UberEats and they forget about their intentions.

The two actors co-star in other two adverts in the series. One of them features Stewart emerging the victor in a game of air hockey and the other features Hamill winning a game of Connect Four.

The launch of “Tonight I’ll Be Eating'” in the US and Canada comes after successful campaigns in Australia, Japan and Taiwan.