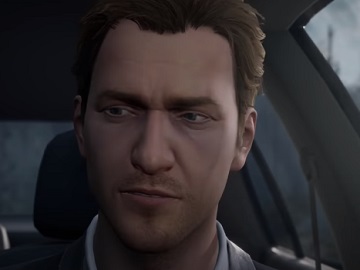 A new teaser trailer for Twin Mirror has been released, with focus on the complex character of Sam Higgs.

The story-driven mystery game from Dontnod Entertainment follows Sam Higgs, a former investigative journalist, as he returns to his hometown, Basswood, West Virginia, to say a final farewell to his best friend, and finds himself “torn between reconnecting with his loved ones and using his unique intellectual abilities to uncover the town’s dark secrets”.

According to the official synopsis, he “will uncover a web of intrigue that winds through Basswodd’s evocative locations and draws in its colorful residents”.

Each player will live a truly unique experience tailored by their very own decisions,” as every decision, every
interaction, every discovery will have an impact on the direction of Sam’s investigation.

The trailer, revealed at the PC gaming Show 2020, sees Higgs driving back to his hometown, of which he says it was
peaceful until that day. He is advised by a male character, who reminds him that coming back to Basswood was his idea, to just try and make sure he doesn’t “do anything stupid”.

Originally planned as an episodic game, but set to be released in a single full experience, for PlayStation 4, Xbox One, and PC, later this year.