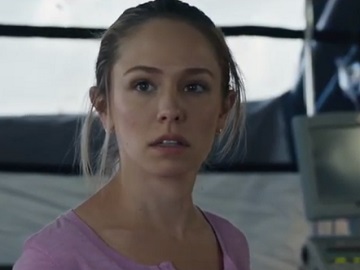 Today’s Military highlights, in one of its commercials, that when the time comes to take your skills to the next level, they can help make it your career.

The spot opens with a group of friends playing volleyball on a sunny day, in the backyard. When one of them injures his leg, a woman immediately goes to him, then rushes inside to grab the medical aid kid. Getting back outside, she finds herself in a makeshift medical tent, where several soldiers are treated, and when she looks to her right, she sees herself in military fatigues.

“You Have a Calling. We Have an Answer.” an onscreen line reads at the end of the 30-second commercial.

There are several Military Service Branches, including the Army, which protects the security of the U.S. and its resources, Marine Corps, which is often first on the ground in combat situations, the Navy, which delivers combat-ready Naval forces while maintaining security in the air and at sea, the Air Force, which protects American interests at home and abroad with a focus on air power, the Space Force, which defends U.S. interests on land, in the air, and from orbit with a range of advanced training and technology, and the Coast Guard, which is a maritime force offering military, law enforcement, humanitarian, regulatory and diplomatic capabilities.

The Military has bases around the world where service members both work and live, and offers an interactive tool, on its website, so that visitors can learn more about these locations in the U.S. and abroad.

In addition to camaraderie and meaningful work, the Military offers access to affordable health care, paid vacation, retirement plans and other benefits that often surpass those offered by civilian employers. Those interested are given the chance to discover what’s right for them, being able to choose from full-time and part-time options, enlisted and officer paths, depending on their current life stage, and more.