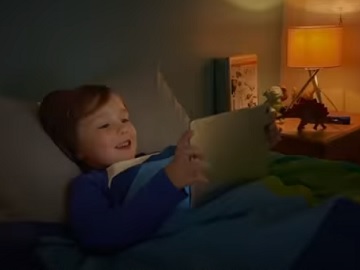 Three Ireland has released a new advert to inform that it has removed the fair usage policy from its All You Can Eat Data service to keep you connected.

The 30-second spot features a young boy telling his grandfather that the ginormous slimy monster has returned to live under his bed. The granddad, who it turns out is at his home and having the chat with the kid through a video call, takes a look under the bed and assures him that the scary creature is no longer there.

“The way we’re connecting is changing. That’s why at Three we’ve removed usage limits from All You Can Eat data for all costumers, forever,” the voiceover says at the end of the advert.

The company said the spot, created by agency Boys and Girls, Dublin and directed by Tom Merilion of Speers Films, has been written, presented, filmed, and produced entirely remotely.