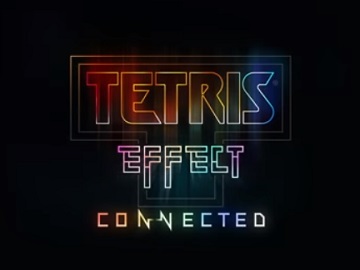 The trailer for the multiplayer Tetris Effect: Connected, developed by the same Japanese development duo of Monstars and Resonair with additional help from Stage Games, has been released.

The exclusive Xbox multiplayer expansion features all-new co-op and competitive online and local multiplayer modes and, according to the official introduction, “is Tetris like you’ve never seen it, or heard it, or felt it before — an incredibly addictive, unique, and breathtakingly gorgeous reinvention of one of the most popular puzzle games of all time.” Up to three players will be able to play together locally or over the internet. There will also be the possibility for players to be joined by one or two computer-controlled players. For competitive play, two players can face off in both local and online ranked and unranked play. Enhance says the game will be fully cross-platform between PC and Xbox.

The trailer features a diverse cast of players on a split screen playing the game while in the background the song “Connected (Yours Forever)” performed by Hydelic plays. The track is included on the “Tetris Effect (Original Soundtrack)” album.

Tetris Effect: Connected, set to launch in Holiday 2020 alongside Xbox Series X, will be available on the Xbox Series X, Xbox One, and Windows 10 (PC, Windows Store), as well as the Xbox Game Pass and Smart Delivery programs.

In Summer 2021, the multiplayer expansion will be made available as a free update to all other existing versions of Tetris Effect.

Previous: GEICO The Gecko, Rocky & Bullwinkle at the Rocky Mountains Commercial
Next: GEICO At Home Third Base Coach Commercial