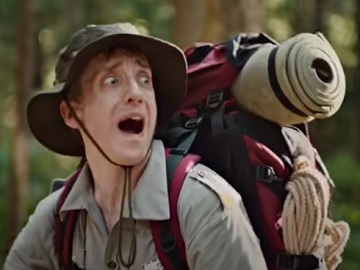 The spot opens with a woman in her living room shaking a pack of Temptations to let her cat know it’s mealtime. The next shot features a man in the woods, at a camping space, who’s shaking a box of matches and finds himself chased by dozens of cats.

“One shake and cats come running. So, be careful what you shake,” the voiceover says, introducing the new Temptations ShakeUps and adding the tagline “All it takes is a shake”.

The brand, known for its “All it takes is a shake” tagline, showed, in a previous commercial, a cat jumping off the ground up in the air to catch the Temptations Treats thrown by her human friend from the balcony.

According to the brand, their cat treats have an irresistible crunchy outside and a soft creamy inside, are under 2 calories per treat, high in protein and 100% complete and balanced diet for adult cats.