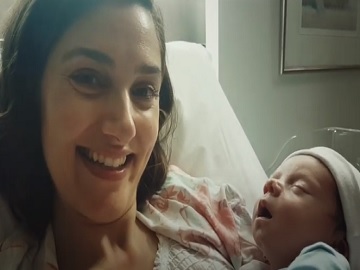 Telstra has released a new installment in its “We’ve Made Changes” series, which presents the updates the company has made for its customers.

The spot features a mother and her newborn baby being filmed by the father while the voiceover declares that Telstra have made changes for “those who need price certainty, with no excess data charges (in Australia) on all our new mobile and Internet plans”.

Another spot in the campaign features two teenage girls filming a TikTok dance video and having their phone seriously damaged after it falls to the ground. Luckily, with Upgrade & Protect from Telstra, they can upgrade their phone twice a year. Other spots announce that Telstra has made changes for “those who are “data hungry,” for those who want a great deal on Binge, for those who Wi-Fi in every room, for those changing the way they work, as well as to help more school kids get online.