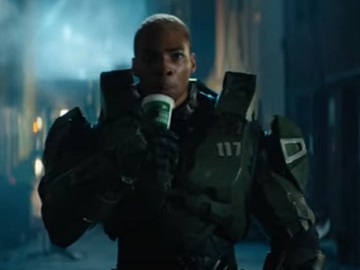 Taco Bell has released a new ad to promote its latest deal, which gives consumers the chance to win an all-new Xbox Series X when they buy any medium or large drink.

The spot, titled “Xbox Origin Story,” features a young man who says that, after having taken a sip of his drink from Taco Bell and won the all-new Xbox Series X, he has unimaginable powers at his fingertips, which enable him to fight monsters and save humanity.

“It might be too much for some, but turns out I’m made for this,” the man is heard in voiceover before his girlfriend interrupts him, asking him why he’s talking like this (refering to his dramatic voice).

At the end of the commercial, the narrator urges viewers to get a medium or large drink from Taco Bell and enter for a chance to win the all-new Xbox Series X. For details about the official rules and how to enter without purchase, you are advised to visit the fast-food chain’s website. The Game ends on November 4.