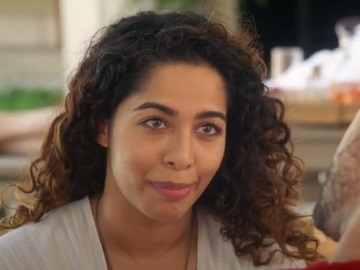 Kevin Mimms, who plays Jake from State Farm, is back to the small screen in a new ad for the insurance company.

The spot features Jake at a spa being approached by a curly haired woman who wants to thank him for getting her the Serena savings on her insurance by trying to offer him ten free minutes in the broth bath. Jack tells her that, with State Farm, everyone’s offered surprisingly great rates and, when she insists to reward him by offering him a complimentary wet moss wrap, he points out that these savings are for everyone.

“You want the real deal?” Jake asks at the end the commercial, saying then in voiceover the company’s tagline, “Like a good neighbor, State Farm is there”.

In a previous commercial, he receives an unexpected “order” from Parker, a pizza delivery woman who also wants to thank him for having helped her save money on her insurance. She says she has devised a promo for him and gives him all kinds of menu items, from pizza to pepperoni pockets, to an atomic brownie and a cider ranch.

Mimms has also starred in other ads for the insurance provider. In an older ad, which also features Matthew Bellows as a tech genius who upgraded a car, he impresses a spy by telling her that with the Drive Safe & Save app from State Farm she will save up to 30% for being a safe driver and get a discount for signing up. State Farm is known for working with NBA All-Star Chris Paul and actor Alfonso Ribeiro for its marketing stunts.