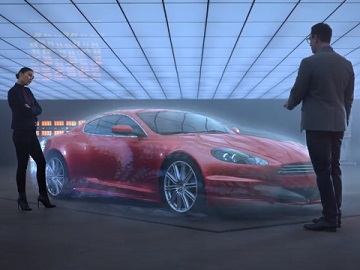 State Farm has released a new ad to show which is “the real upgrade”.

The commercial revolves around an amazing sports car, whose features are presented by a tech genius (played by Matthew Bellows) to a spy, who finds them all impressive. The vehicle had been upgraded with a sonic shield and holographic mapping drones. At this point, Jake from State Farm (played by Kevin Mimms) gets out of the car and tells the woman that with the Drive Safe & Save app she will save up to 30% for being a safe driver and get a discount for signing up, which makes Bellows’ character say “Well played, Jake from State Farm. As usual”.

The commercial ends with Jake saying “When you want the real deal, like a good neighbor, State Farm is there”.