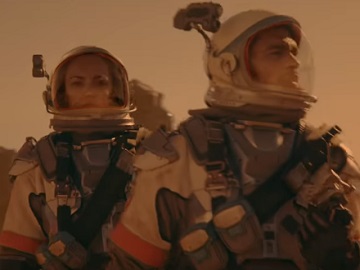 SodaStream has released its 2020 Big Game commercial, featuring Bill Nye, highlighting that you can make fresh sparkling water at the touch of a button with SodaStream.

The spot, that carries the hashtag #ABetterWayToBubble, features a crew landing on Mars and finding water. Nye, wearing his signature bow tie and lab coat and sitting at what appears to be either a desk or a lab bench, says “This changes everything” in a cameo appearance.

The end of the video sees a crew member carbonating some water into a SodaStream machine and taking a sip. It soon turns out – as we find out from another crewmate – that that was the Mars water.

“Fresh Sparkling Water in Seconds,” the voiceover says at the end of the commercial.

This is the first time in six years that SodaStream will air an ad during the Super Bowl.