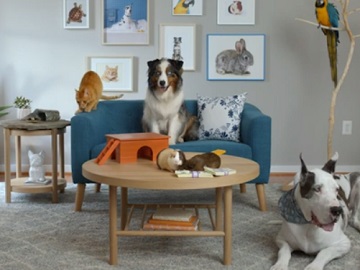 Sling TV has released a hilarious new ad to encourage people to switch to SLING TV.

The spot features several pets being given the choice between Cable and SLING TV. The voiceover explains that when these pets, including a dog, a cat, a turtle, a parrot, and a guinea pig, were given the choice between paying more with cable TV and paying less for their favorite channels with Sling, there were no results because they are animals and don’t have a concept of money.

“You are not an animal. Make the smart choice and switch to Sling,” the voiceover says at the end of the commercial, mentioning that you get the best of cable for the best of price, while an onscreen line informs that you get access to 50+ channels for $30/month. Viewers are directed to get started in five minutes at sling.com.