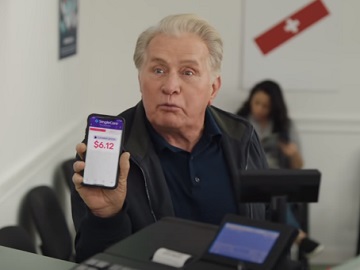 Martin Sheen is back to the small screen in a new commercial for free prescription savings service SingleCare.

After a previous spot featured him going viral due to a “pharmacy scene”, this time the actor, who has learned about prescription savings, shares the message of affordable medication and prescription savings with the customers in the pharmacy – or as the pharmacist says, he’s “Robinhood-ing it”. When approaching a mother and her teenage daughter, he finds himself in a situation that might not be new to him. He is recognized by the lady, but not by the youngster, who’s asking her mom who is Martin Sheen, when he’s standing right in front of her. However, he introduces himself as “a guy who’s gonna help save your family hundreds of dollars on prescriptions with SingleCare” and rushes out, leaving the woman, who’s apparently a big fan, watching him, whom she calls a “silver fox” to her daughter’s surprise.

“In tough times like these, why pay even a dollar more than you have to? SingleCare can help by saving you up to 80% on the prescriptions you rely on most,” the voiceover says at the end of the commercial, urging viewers to download the free app and check the SingleCare price today.