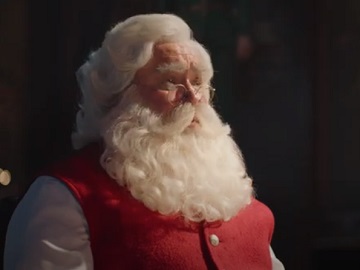 ServiceNow, which has launched, amid the COVID-19 pandemic, a Safe Workplace Suite and subsequently became the official workflow partner of NBA, promotes its services in a series of new spots.

One of them features Santa discovering the benefits of the NOW platform thanks to one of his elves, who suggests to use it for workflow purposes.

Thus, Santa learns that the NOW platform enables them to catch problems before customers even know they’re problems, avoid having another meltdown thanks to IT workflows that connect their business end-to-end, and collaborate across silos even from across the globe.

The video also features some hilarious scenes that make viewers smile: an elf ready to gift a hose to a kid who actually wanted a horse, a snowman who melted because he searched through so many systems and an elf taking a bite of the carrot that once served as the snowman’s nose.

At the end of the commercial, Santa – happy to see how productive his team of elves is now – declares that kids can get twice the presents. “About 2020 gave us some good news,” Santa’s assistant says, before the voiceover adds the company’s tagline, “Whatever your business is facing, let’s workflow it.”