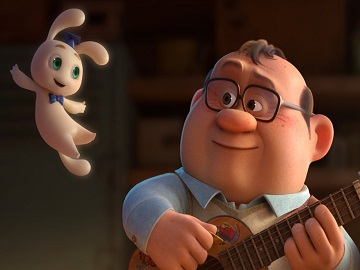 Samsung has released a short trailer for its Christmas 2020 commercial.

“In our journey back inside the phone you love, we’ve prepared something small for everyone, especially our fans, who are supporting us and struggling through this tough year,” the description for the 30-second animated video, which was released with the #ThankYou hashtag, reads.

The protagonist is a middle-aged man who finds an unlikely friend, a cute speedy white rabbit that flies and helps him rediscover, apparently, his old passion for music.

The full video will be released on December 15th, when the tech giant will most probably make an announcement and unveil its new highly-anticipated Exynos 2100 processor, which will power the Galaxy S21 Plus in select markets.