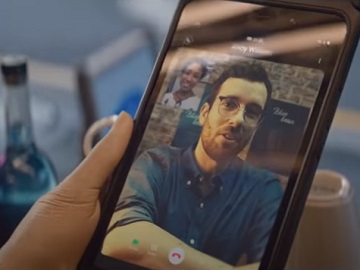 Samsung has released a feature introduction film for its Galaxy Tab Active3, describing the device as the brand’s most rugged tablet yet.

The spot showcases a variety of daily situations in which people working in various fields use the Galaxy Tab Active3, highlighting that the tablet lets you access your app in one go, you can take it to harsh environments (note: the brand says that its its enhanced shock absorption is now able to withstand drops of up to 1.5 meters with an inbox protective cover and it is IP68 rated dustproof and water resistant), write on it even in the rain with the IP68 S Pen, power it without a battery, tap it with gloves on thanks to its increased touch sensitivity, turn it into a scanner, get a PC-like experience even in the field thanks to Samsung DeX wireless connection, tap and pay.

The film also informs that the Galaxy Tab Active3, with its sleek, compact design, is built strong from the inside out, for the way your business gets done.

The Galaxy Tab Active3, revealed last month, on September 28, is equipped with the powerful Exynos 9810 processor, 4GB RAM and up to 128GB internal storage, and is now available in select markets, including but not limited to Europe and Asia, with availability expanding to other regions at a later date, in the future.