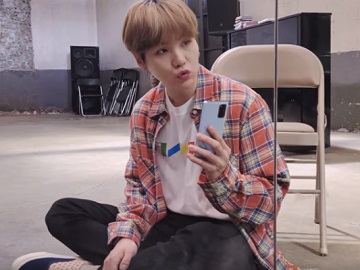 Samsung has enlisted BTS to star in its new ad campaign for the Galaxy S20 Series.

The videos end with the words “Captured #withGalaxy S20 series” flashing across the screen.

Serving as soundtrack is the band’s single “Best of Me”.

Another commercial for the Galaxy S20 Series, featuring a woman taking photos at a pool party, aims to highlight that, with the Galaxy S20, you can now spot details that you could otherwise miss, by showcasing features like the 100x Space Zoom, 8K Video Snap, 108MP High Resolution, Bright Night, and 5G speed.